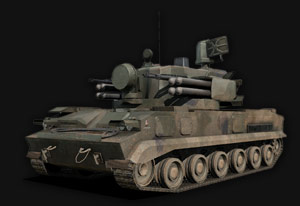 The 2S6M Tunguska (NATO reporting name is SA-19 Grison) is an Russian self-propelled anti-aircraft tracked vehicle with a surface-to-air gun and missile system. It is designed to provide day and night protection for infantry and tank regiments against low-flying aircraft helicopters and cruise missile. 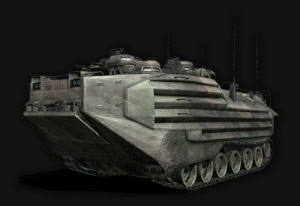 The Amphibious Assault Vehicle (AAV) is a fully tracked amphibious landing vehicle used by the US Marine Corps. The AAVP-7A1 is the most common AAV version. It carries M2HB .50 caliber heavy machine gun, and an Mk19 40mm automatic grenade launcher.

The BMP-3 is is an infantry fighting vehicle developed in Russia. It is one of the most heavily armed combat vehicles worldwide. It features 2A70 100 mm rifled gun, 2A72 dual feed autocannon, 7.62 mm machine gun, and two 7.62 mm bow machine guns. The BMP-3 is capable of engaging targets out to 5-6 km, however there is minimum engagement range of about 300 m. 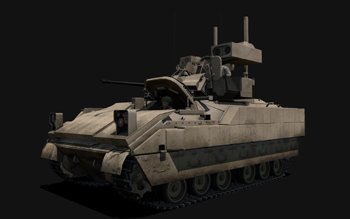 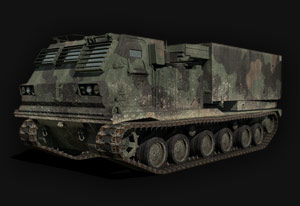 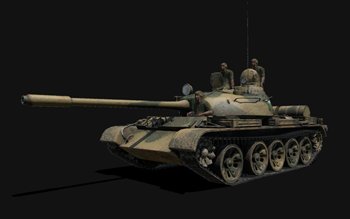 The GPO Uralvagonzavod T-90 is a Russian main battle tank derived from the T-72 and is the most modern tank in the Russian Ground Forces. The T-90's main armament is the 2A46M 125 mm smoothbore anti-tank gun. It also carries the PKT - 7.62 mm coaxial machine gun and the Kord - 12.7 mm anti-aircraft machine gun. 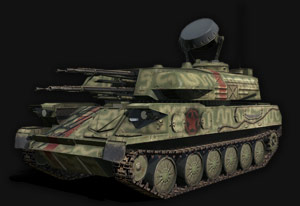